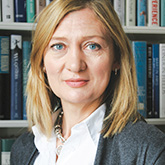 Psychotherapist Sally Brown takes a look at one of the biggest influencers of mental health: stress.

According to a recent survey, 39 per cent of adults in New Zealand said they had experienced stress and worry the previous day, up from 31 per cent the year before. Globally, the poll showed that levels of stress, worry and sadness had also increased year on year. 1

The science behind the stress

Clearly, these are not good statistics, but despite its bad reputation, stress is a natural response, designed to keep us safe.

When the brain thinks we're under threat, it releases a 'fight or flight' hormone – cortisol – as well as adrenaline. This is what causes our heart rate to speed up. It also causes energy to be diverted to our muscles, to help us fight or run away from predators.

In that regard, occasional, short bursts of pressure are harmless and actually useful; the stress response helps you take action in an emergency or focus when you've got something important to do.

However, being permanently stuck in 'red alert mode' is a different story. Scientists have even found links between severe stress and increased risk of heart disease and diabetes, as well as flare-ups of IBS or eczema.

Stress has a cumulative effect, like water dripping into a glass, so it's important to learn strategies that help you 'empty the glass' every day, and stop it overflowing.

It's physically impossible to feel both relaxed and stressed at the same time – like sneezing with your eyes open! Breathing exercises are a simple but effective way of forcing your body to relax. Set a timer for five minutes and try this twice a day:

Have you noticed how the standard answer to 'how are things?' is no longer 'fine' but 'busy'? We've come to equate a busy life with a successful one.

Although short periods of busyness can be energising, in the long term, feeling overwhelmed creates a particular type of stress known as 'time anxiety'. This is a feeling that life is running out, and that time is passing by too quickly.

By contrast, feeling 'time affluent' brings a feeling of calm, because it feels like you have enough time for activities that are personally meaningful. The key is dedicating at least 15 minutes a day to something we choose to do, rather than something that needs to be done, whether that's reading a good book, or simply pottering in the garden.

When you're under stress, exercise can feel like the last thing you want to do – but it makes a difference. If possible, head outdoors.

In 2017, over 25,000 adults in New Zealand completed the Active NZ survey. The results showed that physically active people (at least 2 and a half hours a week) are 51 per cent more likely to have healthy mental wellbeing. This association was stronger for more vigorous physical activity, but it was also present in people engaging in milder forms of activity, like walking and gardening.2 People who did 4 and a half hours per week increased their odds of mental wellbeing to 65 per cent.

It is well known that natural environments can help mitigate stress, so for best results, get active outdoors in a green space, like a park, or near the sea or river. A study published in the Journal of Environmental Psychology showed that recovery from stress is 'faster and more complete' when participants were exposed to natural settings as opposed to urban ones.3

Laughter triggers the release of the happy chemical dopamine, which acts as an antidote to stress hormones. Just the anticipation of laughter is enough to reduce levels of stress hormones in the body, according to a study.

She suggests scheduling daily 'worry time': 15 minutes or so that have been specifically set aside to think about your worries. 'If worries come up during the day, tell yourself you'll think about that at 'worry time'. Make a note of them if it helps, then try to distract yourself by going for a short walk, doing some exercise or phoning a friend,' she says.

When 'worry time' comes, take a pen and paper and try to separate your worries into two lists – one of things you can do something about (list A), and one of things you can't (list B). Try to think of practical strategies for dealing with list A, and tell yourself to let go of list B.

Helping other people, whether they're strangers or friends and family, can reduce the damaging effects of stress on mental health, according to research from Yale University. "Carrying out acts of kindness, whether small or large, can increase happiness, life satisfaction and your general sense of wellbeing" says the Mental Health Foundation of New Zealand, who recommends it as one of their 'Five Ways to Wellbeing'.4

Sally is a trained psychotherapist and health and lifestyle writer, working for national newspapers and magazines.